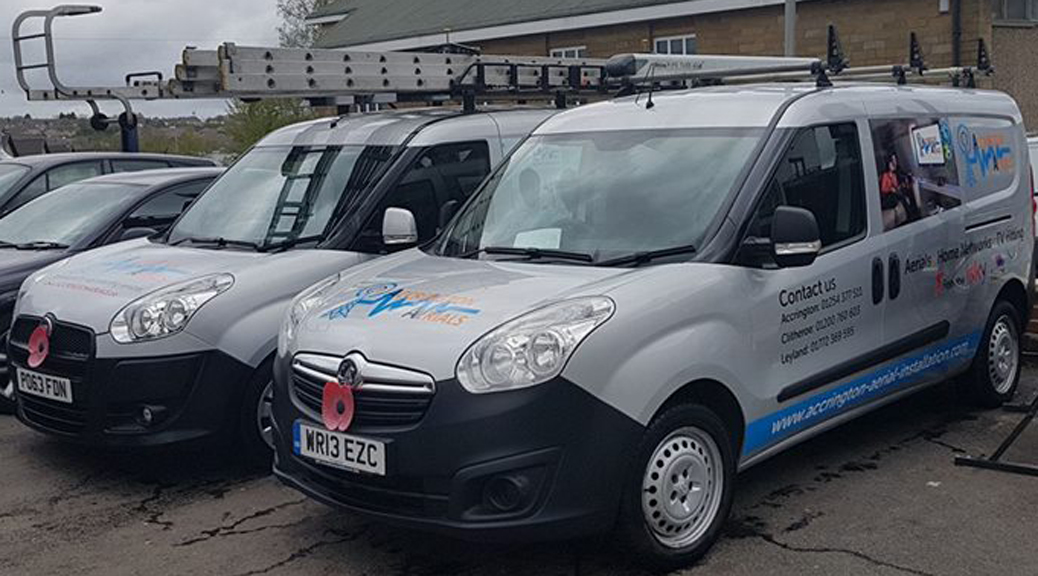 Well what a busy week Accrington Aerials had.  The week started early on Monday. A new TV aerial to two points was on the cards for a property in Rossendale. The boys did multiple jobs from then on, in St Helens, Bolton, West Yorkshire. Everything from TV aerials, AMP replacements, satellite installations. A 4 camera CCTV system was installed on a residential  property in Darwen. We also installed 2 satellite dishes for SkyQ. A job that the sky engineers were unable to do. We’re not bragging . . . Honest!!!

The weekend started late on Friday night. We were just about to settle with a curry and beer when the phone rang. Clive was called out to a block of 47 apartments in Blackpool. They had no TV signal at all.  Accrington Aerials couldn’t leave so many people without television through the night. So off he went, ordering of curry delayed, and the beer stayed chilled in the fridge. A temp repair was done ensuring all tenants had signal, the lads followed this up today to complete the job. And Clive was fed upon his return. 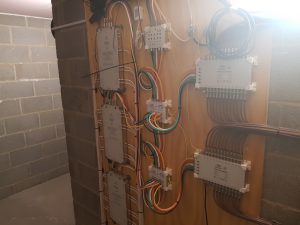 Gareth had a call out on Saturday at the White Bull in Gisburn. The TV aerial system had gone down, at the totally wrong time. I mean who wants the signal to go down when England are playing Italy in the 6 nations rugby match. All was restored and I take great pleasure on informing you that England won. England 57 – 14 Italy. Great job Gareth and great job England.

Did you see it?

Did your children make you turn off the lights and open the windows so that they could REALLY see and hear it. . .  Ours did. Arlo loves a storm, the lightening strikes were amazing, they got so close to the houses. The thunder roared. And the wind was unreal. 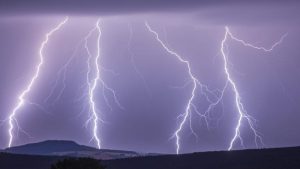 It was over in minutes, but it still caused damage. As this week starts with call outs to repair multiple TV aerials systems. Also re-alignment of satellite dishes that were damaged during the storm.

Be sure to contact us on 01254 377511 if your’re having trouble with your TV aerial, and see the website for a look at what other services Accrington Aerials can offer